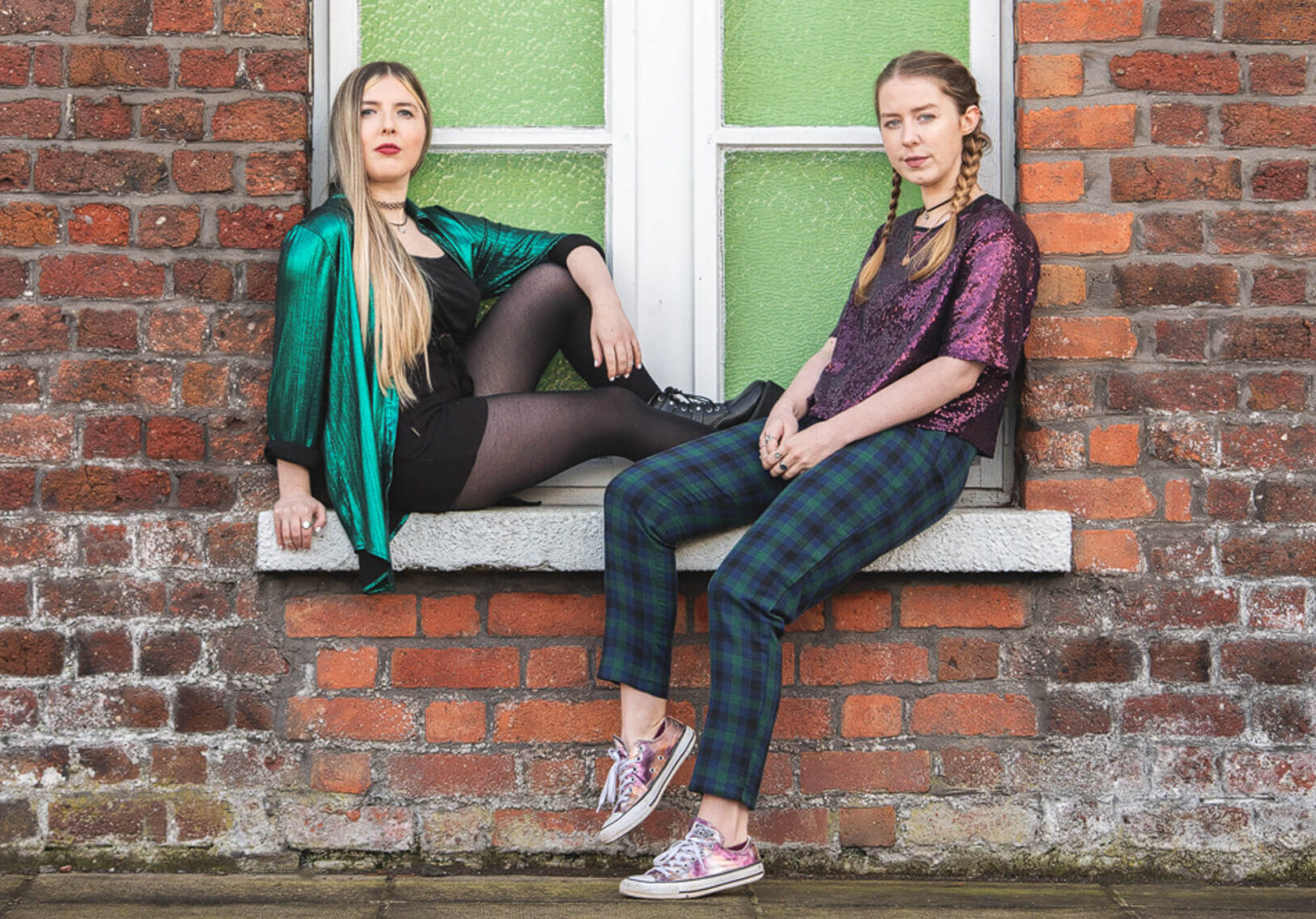 Dark. Filmic. 80’s tinged, entrancing electronic pop. With influences and comparisons made to artists such as Lorde, Kate Bush, Billie Eilish and Eurythmics.

They have become one of the hottest names in Northern Irish music, thrilling crowds at venues across Belfast and playing international shows in cities such as London and Berlin.

Claire & Beccy were inspired by Islandmagee artist Audrey Kyle’s story “The Witches Stone“. From there, they’ve produced the song ‘Sanctuary (The Witches Stone), that recalls the Islandmagee Witch Trials which took place some 300 years ago. The song tells of a woman condemned as a witch, clinging to the Witches Stone as she is grabbed and taken away.

Check out the music video of VOKXEN’s ‘Sanctuary (The Witches Stone)’ below!

This website uses cookies to improve your experience while you navigate through the website. Out of these, the cookies that are categorized as necessary are stored on your browser as they are essential for the working of basic functionalities of the website. We also use third-party cookies that help us analyze and understand how you use this website. These cookies will be stored in your browser only with your consent. You also have the option to opt-out of these cookies. But opting out of some of these cookies may affect your browsing experience. If you want to find out more about our policies, keep reading:

Necessary Always Enabled
Necessary cookies are absolutely essential for the website to function properly. This category only includes cookies that ensures basic functionalities and security features of the website. These cookies do not store any personal information.
Non-necessary
Any cookies that may not be particularly necessary for the website to function and is used specifically to collect user personal data via analytics, ads, other embedded contents are termed as non-necessary cookies. It is mandatory to procure user consent prior to running these cookies on your website.
SAVE & ACCEPT